What are Apgar Scores?

Apgar scores are a test used in the first 15 minutes of life that score how a baby is doing in the immediate newborn period. Apgar scores are taken typically at 1 and 5 minutes for healthy newborns. Healthy newborns will typically have Apgar scores of either nine and nine or eight and 9, very high scores. Apgar scores are scored on a 10 point scoring system and its five categories, and the max score you can get for each category is two. So in theory, the highest score a baby can get in a 1 minute or 5 minute Apgar score is 10. However, because of the transition from intrauterine to extrauterine life, babies will typically have some decrease in what’s called grimace or activity or respiration that will knock them down one point so that they have Apgar scores of nine and nine as opposed to 10 and 10.

The five categories, in which a baby can receive a maximum of two points, are appearance, meaning the skin color, the pulse, meaning the heart rate, the grimace, meaning the reflex irritability of the baby, activity, meaning the babies muscle tone and respiration, meaning the baby’s breathing rate and effort. A baby who has blue or pale skin will have a zero for skin color. If a baby is born with no heart rate, that will result in a zero score. A baby who has no response to stimulation, meaning tickling the feet or trying to move the baby’s arm, will have zero for grimace. If the baby’s born floppy, that means that there’s no activity and there will be a zero for activity, and if the baby’s born not breathing, there will be a zero respiration. Babies, who are born asphyxiated, meaning they suffer hypoxic ischemic encephalopathy in the 30 to 60 minutes before birth, will have reduced Apgar scores.

Apgar scores are a subjective test, meaning that it’s in the eye of the medical providers and sometimes there can be variation in Apgar scores but many times children born severely asphyxiated will have Apgar scores of zero and two, or one and three, very depressed Apgar scores which are an indicator of how poorly a baby is doing at birth. For babies who are sick at birth, Apgar scores are sometimes taken at 10 minutes, 15 minutes and even 20 minutes to show any improvement in the baby.

So for example, in a case this firm litigated recently, a baby was born with Apgar scores of zero at 1 minute, one at 5 minutes, two at 10 minutes, two at 15 minutes and two at 20 minutes, and the two score at 20 minutes was obviously indicative of a baby who was not responding well to any resuscitation that took place after birth. The child with Apgar scores of zero, one, two, two and two, had suffered a complication, or his mother had suffered a complication, known as a uterine rupture meaning that the uterus burst and the placenta tore off the uterine wall, and when that happens, there is a complete cessation, a complete stoppage, a complete blockage of blood flow and oxygen to the baby, and if the baby’s left in that environment for a prolonged period of time, there will be decreased oxygenation and a likelihood of hypoxic ischemic brain injury.

In the example that I gave with zero, one, two, two and two, that child had suffered what is known as a acute profound brain injury and what had happened was the child had experienced injury to the deep gray structures of his brain including the basal ganglia infalmous. That child was transferred to a higher level of care shortly after birth for total body cooling.

Unfortunately, because of the severity of the lack of oxygen, the total body cooling did not make any appreciable difference in that case and that child was afflicted with a severe form of cerebral palsy that he will have to live with for the rest of his life. As a result of the serious damages suffered, this baby will require very extensive care at tremendous cost to the family. The lawsuit that will follow in a case like this is really all that stands between this loving family and financial ruin.

Listen to information on Apgar Scores in Birth Cases below: 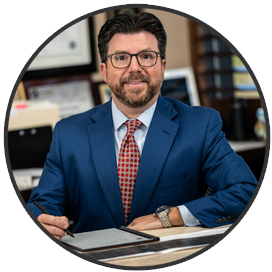 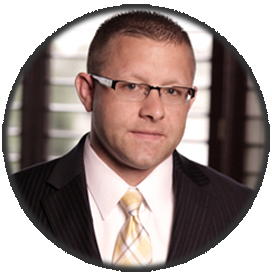